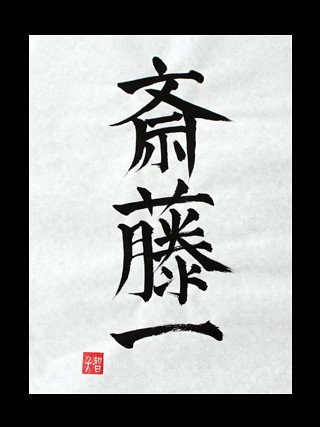 I wrote “Saitou Hajime”. He was the commander of Shinsengumi.

He has appeared in “Rurouni Kenshin” as a nemesis of Kenshin.

Who is your favorite person in Shinsengumi? I’m waiting for a request.