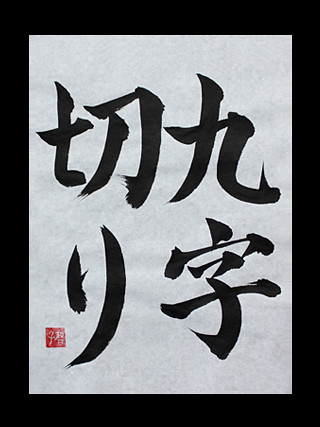 I wrote ‘Kuji-kiri’. It means Nine symbolic cuts in English. It is Japanese occult art.

What is your favorite word ? I’m waiting for a request.